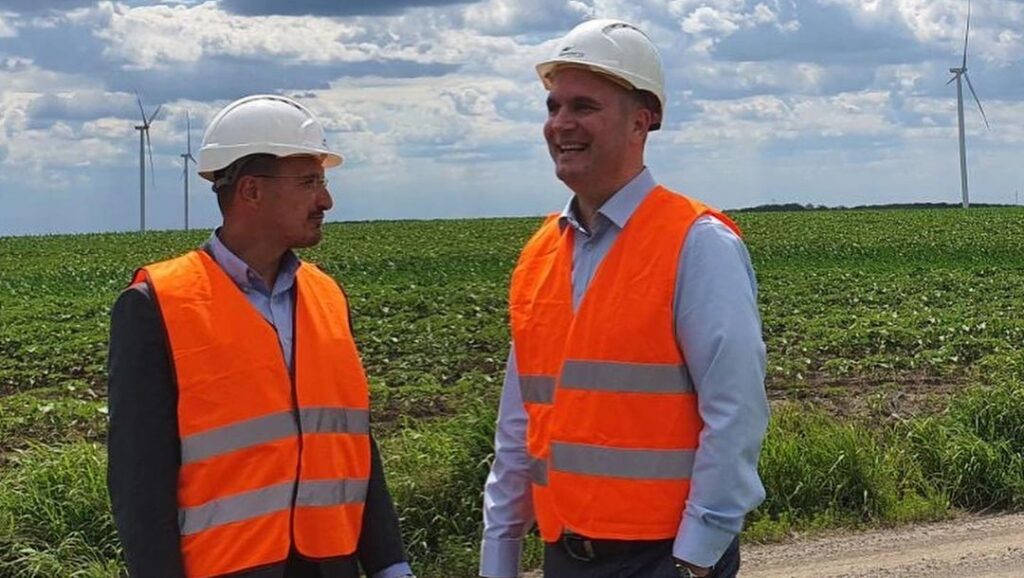 Company Enlight K2 Wind received a building permit for the construction of a new “Pupin” wind farm, within the existing complex. According to the permit issued by the Provincial Secretariat for Energy,Construction and Traffic, construction of 16 wind generators powered by a state-of-the-art modern technology, with total power of 95.5 megawatts, is planned within the new electric power facility.

As per the plan, the new facility should be completed in the second half of 2023.

The Provincial Secretary for Energy, Construction and Transport, Ognjen Bjelic, pointed out that in the past five years, EUR 700 million has been invested in the construction of seven 398 megawatt wind farms on the territory of the Autonomous Province of Vojvodina.

– The Provincial Secretariat for Energy looks at domestic and foreign investors, who want to invest in wind power plants, as partners – said Bjelic.

He added that the adoption of the new Law on Renewable Energy Sources gave a clear signal that investors in the field of renewable energy sources are desirable and shows the direction in which Serbia`s energy policy is moving.

– We will continue to meet the legal framework and deadlines in the coming period, in order to meet all investors who are interested in developing projects like this one in Kovacica – said Bjelic, emphasizing that on World Wind Day, which is celebrated on June 15, we have the opportunity to see what is the strength of the wind farm built in Kovacica.

Milos Colic, director of the company New Energy Solutions, which manages the wind farm in Kovacica, said that the cooperation with the relevant provincial secretariat is excellent, and that all procedures for obtaining permits for the construction of the wind farm have been successfully completed.

– We are looking at the future of green Serbia and the announcements that by 2040, 40% of the total energy will come from renewable sources, and that is where we, as a private company, see our position – said Colic.

It should also be noted that the Kovacica Wind Farm, with a capacity of 104.5 megawatts, is the second largest in our country. It consists of 38 General Electric turbines,produces electricity for 68 thousand households and contributes to the reduction of carbon dioxide by 250 thousand tons per year.

EUR 189 million was invested in the construction of this wind farm, and it is the first new power plant to be plugged into the electricity transmission system after almost 30 years.