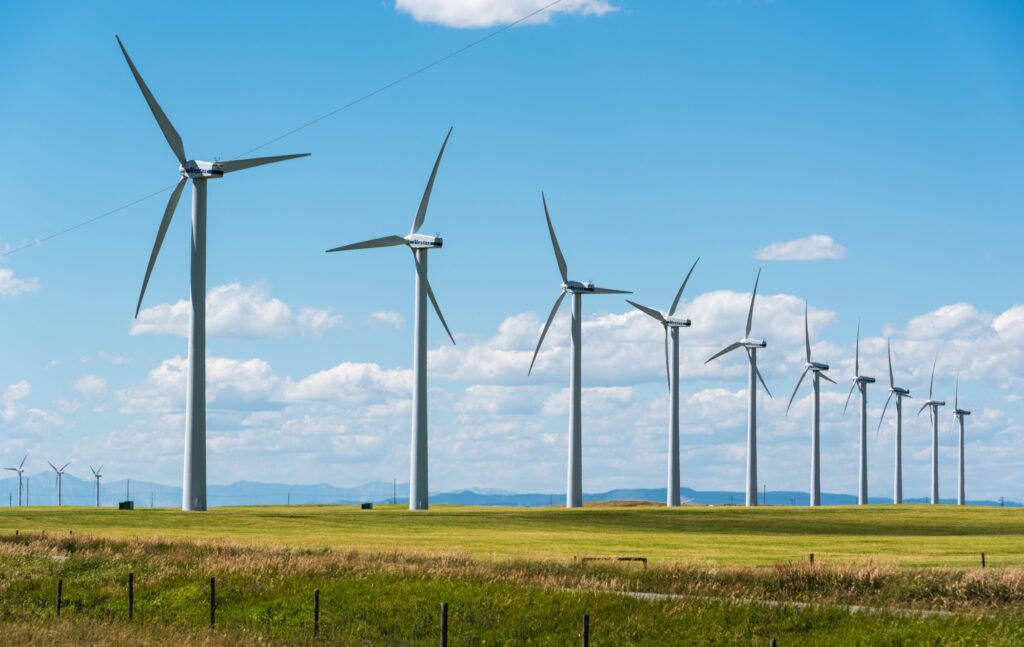 Future of Energy in Serbia – EBRD Helping Construction of Wind Farms, Reconstruction of Buildings and Introduction of System of Auctions for RES

One of the first projects of the European Bank for Reconstruction and Development (EBRD) in the energy sector in Serbia was with EPS, to which the organization provided a loan for the financing of the purchase of equipment for the Kolubara mine, in order to improve the quality of lignite produced there, with the end goal of reducing the CO2 emissions. Today, the EBRD no longer finances projects related to coal in Serbia or in any of the 38 countries it operates in, and some of the recent projects it financed in the energy sector in Serbia were the two biggest wind farms in Serbia at the moment.

The progress of decarbonization in Serbia and the current projects of the EBRD in the energy sector were some of the topics of the conversation on the occasion of the celebration of 30 years from the founding of the EBRD and 20 years from the beginning of the operations of the bank’s Belgrade office.

The newest strategy of the EBRD for the energy sector, as one of the main priorities, promotes the switch to low-carbon energy sources, and, to that end, the most important thing is to increase the share of renewable energy sources. In order for this to happen, in addition to investments, an adequate regulatory framework, which would stimulate new projects, needs to be established.

– We are helping state institutions create a stimulating environment for investments and great progress has been made with the recently adopted new laws in the energy sector. In addition to that, one of the biggest steps forward should also be the introduction of an auction system for renewable energy sources, on which we are currently working with the Ministry of Mining and Energy – explains Francesco Corbo, the regional head for energy for the Western Balkans at the EBRD.

– Worldwide, through the system of auctions, considerable amounts of renewable energy are delivered at competitive prices. The auctions should also help attract as many investors as possible due to a lower regulatory risk and incite institutions to carry out competitive and objective selection process to the end of choosing the most competitive price, which benefits the end users in the form of access to energy at the lowest price possible. The EBRD has already supported the development of the system of auctions in some countries in the area and, for example, we helped the Government of Albania with the first tender for the solar energy project of 140 MW, which was awarded to the French investor Voltalia, at the average price of 25 euros per MVh, which is considered a very good price – Corbo adds.

The EBRD has supported the two biggest investments in RES in Serbia so far, wind farms Cibuk 1 and Kovacica, which, combined, produce electrical energy for around 180,000 households, while at the same time reducing CO2 emissions by 600,000 tons a year.

– In Serbia, where electrical energy is largely provided from coal power plants, the reduction of this amount of CO2 is a considerable achievement. Furthermore, these two investments by famous international companies Enlight, Taaleri and Masdar have improved the perception of the stability and reliability of the energy sector in Serbia, which is also apparent from the very large interest in the upcoming auctions for renewable energy sources – explains Jelena Celenkovic Stojanovic, the principal banker at the Belgrade office.

In addition to wind farms, other projects are being planned as well. At the moment, the EBRD is cooperating with several local self-governments on feasibility studies related to the implementation of renewable sources in remote heating systems.

– With the help of the Government of Austria, the EBRD has formed the Renewable District Energy in the Western Balkans (ReDEWeB) Program, which was also supported by the Swiss State Secretariat for Economic Affairs (SECO) with EUR 8.5 million, whereby capital grants and support in project realization and improvement of regulations were secured. These funds are meant for the preparation of studies which test the possibilities of implementing new technologies, such as solar-thermal facilities and heating pumps, but also the possibility of energy rehabilitation of facilities connected to the remote heating system. We are already preparing studies in Novi Sad, Pancevo, Sabac, Bor, Zrenjanin, Kraljevo and Valjevo – explains Bojan Bogdanovic, the leader of this EBRD program.

– Through the realization of said activities, a considerable reduction of CO2 emissions and a substantial improvement of the air quality through the reduction of emissions of polluting matters (sulfur-dioxide, nitrogen oxides, suspended PM2.5 and PM10 particles, soot etc.) will be achieved – Bogdanovic adds.

In Serbia and the region, around four times more energy is spent on average than in EU states, and as a response to that problem, the EBRD, together with its partners – the Energy Community, the European Union, Austria and other donors within the Western Balkans Investment Framework – launched the Regional Energy Efficiency Program. The program provides direct and indirect financing (through commercial banks) for projects which contribute to the improvement of energy efficiency, as well as advisory support for the harmonization of EU regulations in the field of energy efficiency.

One of the main projects is the GEFF retail credit line, through which citizens can finance energy efficient technologies in their homes and which is currently available at UniCredit and Erste Bank. Loan beneficiaries have the right to grants in the amount of 15-20% of the total amount of the loan provided by the European Union. Using this loan, households can finance the replacement of windows, insulation, heating pump, solar panels etc, and over 2,000 households in Serbia have used this option so far.

For the Western Balkans, the EBRD has secured EUR 135 million for the GEFF credit lines, and the European Union is donating EUR 27 million for the grants. The estimate is that, in the entire region, these projects have already contributed to the reduction of over 10,000 tons of CO2 emissions a year, which is equivalent to removing as many as 6,000 cars from the streets.

In addition to the GEFF program for retail clients, corporate credit lines GEFF Leasing and WeBSEDF, meant for small and medium enterprises for investments in energy efficient technologies and equipment, are also available in cooperation with commercial banks.

When it comes to the improvement of energy efficiency in the public sector, with the support of the European Union, adaptations on public facilities such as schools, libraries, public administration buildings etc. are to be financed with the aim of reducing their consumption of energy.

– We are in the final negotiations with the City of Belgrade regarding the financing of the measures of energy efficiency in four public facilities: students’ polyclinic and inpatient clinic, emergency building and city library. The total value of the project has been estimated at EUR 16 million, of which as much as EUR 11 million comes from EU donations from the IPA – explains Meran Lukic, the principal banker at the EBRD office in Belrgade.

– A project is also being prepared with the Government of Vojvodina which will entail the reconstruction of around 80 public buildings, most of which are health and education institutions. In cooperation with towns and town heating plants, we have started financing thermal insulation and residential buildings. The first pilot project is successfully being carried out in Sabac, and we are currently preparing project documentation in several other cities. In addition to a great reduction of the pollution and the increase of the comfort of the tenants of the renovated buildings, the advantage of this model of financing is that the investment is repaid from the savings realized through the reduced consumption of energy without any additional burden to the tenants – Lukic said.

In addition to working on the regulatory framework, the EBRD has also supported the founding of the Renewable Energy Sources of Serbia association, whose main goal is to contribute to the improvement of the business environment in the field of renewable energy sources. The association will also cooperate with the Ministry of Mining and Energy on the joint promotion of renewable sources, which was recently made official with the signing of a memorandum of cooperation. The interest in the membership, the association says, is great and the initial feedback from institutions and investors is encouraging.

The facility for the production of electric and heating energy through the combustion of municipal waste and landfill gas, which is to be built at the new landfill in Vinca, will enable around 4% of households in Belgrade to get electrical energy and around 9% to get heating energy. The facility will be built within the project of the rehabilitation of the Vinca landfill, which also entails the construction of a new sanitary landfill, as well as a unit for the recycling of construction waste, in line with all the current specifications and standards of the European Union. This important investment will prevent the further pollution of air and the danger of the pollution of ground waters. Furthermore, the project will enable the avoidance of CO2 emissions of as much as 250,000 tons annually.