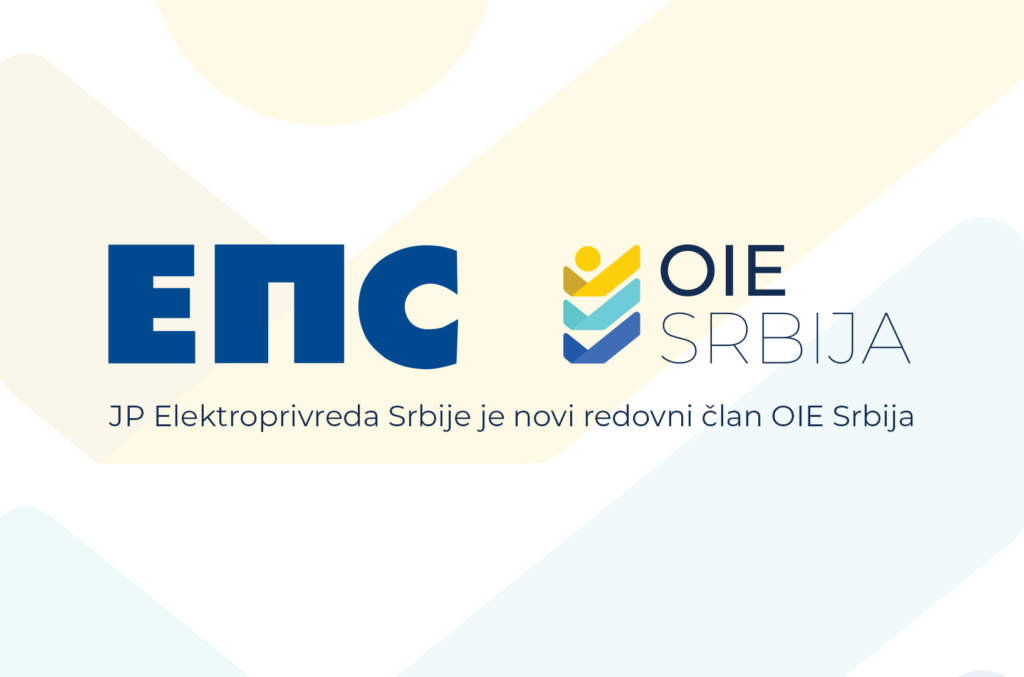 Elektroprivreda Srbije (EPS) is a new regular member of the RES Serbia association, a business association founded with the support of the European Bank for Reconstruction and Development (EBRD), which gathers producers of green energy and other companies which directly or indirectly take part in this process, the association announced.

Electrical energy from renewable energy sources makes up around 30% of the total production of EPS. On average, the hydro power plants of EPS, with a total power of 3,015 MW, produce around 10.6 billion kWh of green energy a year. With the completion of the revitalization activities, the power of the hydro sector has increased by 142 MW, and following the completion of planned projects, the power will be increased by a total of 190 MW.

The revitalization of our biggest hydro power plant, Djerdap 1, is being finished and the modernization of the HPP Zvornik has been completed. The reconstruction of the HPP Djerdap 2 is being prepared. EPS is working on projects on the rivers Ibar and Great Morava. Special attention is paid to the regional project of the construction of the Upper Drina system, that is, the first hydro power plant, Buk Bijela, with a power of around 100 MW. The construction of the HPPs Buk Bijela, Foca and Paunci is worth EUR 250 million, and they will have a power of around 181 MW and, with a production of 670 GWh, they will provide green kilowatt-hours and increase the energy stability of Serbia, Republika Srpska and the region as a whole.

EPS is also developing documentation with Elektroprivreda Crne Gore (the power company of Montenegro) for the HPP Komarnica with 162 MW. EPS is analyzing the construction of a new, reversible HPP Bistrica with around 670 MW, which would ensure balancing capacities in the energy system for the connection of additional power plants that use renewable energy.

– The decision for EPS to become a member of RES Serbia is very important – to us as an association, but also for the entire electric energy system and the society as a whole. It sends a message that EPS, as the largest company of its kind, is oriented toward renewable energy sources. As an association, as company representatives and individuals, we have had years of good cooperation with EPS, and with this membership, this relation will be further improved. EPS is the biggest producer of green energy and we should all be aware that it is only with an active support of EPS that a just energy transition can take place – said Danijela Isailovic, the manager of RES Serbia.

RES Serbia is a business association that was founded in March 2021 with the support of the EBRD. The founders are companies which have built the biggest wind farms in Serbia, and they are joined by producers of solar energy, pellets, biogas power plants, power companies, lawyers and consultants.