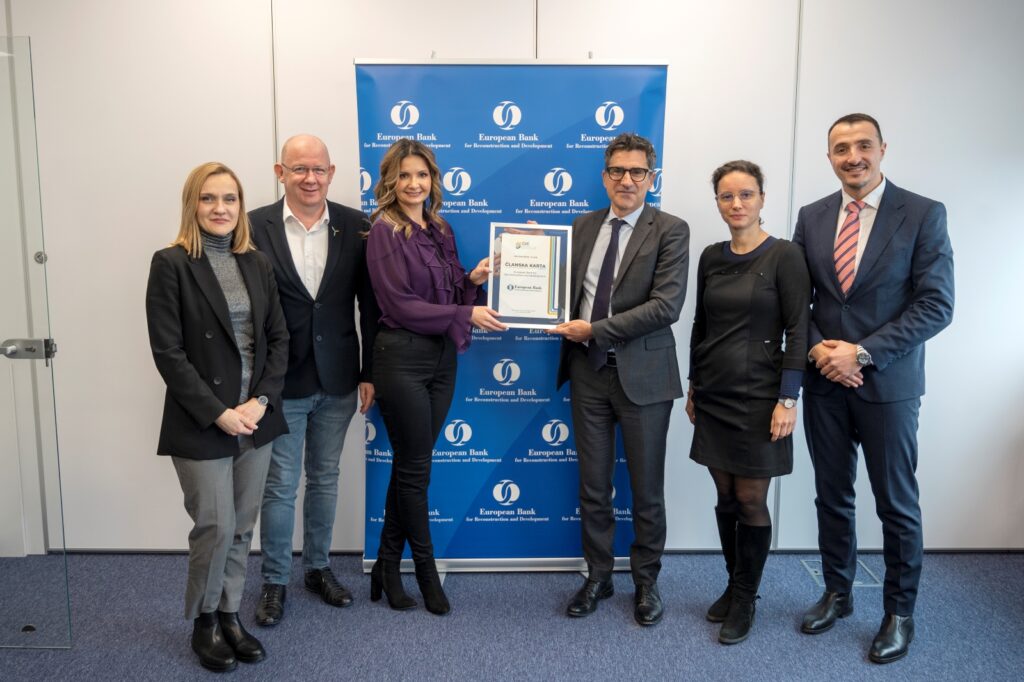 The European Bank for Reconstruction and Development (EBRD) is a new associate member of the Association Renewable Energy Sources of Serbia.

On the occasion of membership in the Association and the beginning of the working year, a meeting and reception for the members of the Association RES Serbia was organized in the premises of the EBRD.

Director of the EBRD for the Western Balkans, Matteo Colangeli, thanked all those present and expressed his satisfaction that after the already successful cooperation with RES Serbia and the support provided by the EBRD to the Association during its establishment, EBRD now continues the cooperation as member. He, together with his associates, announced further support for the Association, as well as for all processes in Serbia related to the green transition.

Manager of the Association, Danijela Isailović, handed the Director of the EBRD for the Western Balkans a symbolic membership card and introduced the present members, among which, in addition to the founders, were representatives of PE EPS, as well as the companies Elnos, MT Komex, Comtrade Distribution, Green Balancing Group, LDK Consultants, Wind Park Plandište, as well as numerous associated members. She pointed out that the number of members has increased 10 times in less than three years since its foundation, which indicates the influence of the Association and the need of society and the market for the existence of such an association.

Chairman of the Management Board Miloš Colić pointed out the importance of the EBRD for the establishment and development of the Association, as well as for all important processes in the energy sector of Serbia.

– The EBRD is a great partner and supporter, and we are sure that there will be years of successful cooperation both with the Association and in terms of financing new RES projects that are ready for construction and awaiting the finalization of the regulatory framework – said Colić.

The meeting was followed by a gathering of members and an appropriate cocktail.