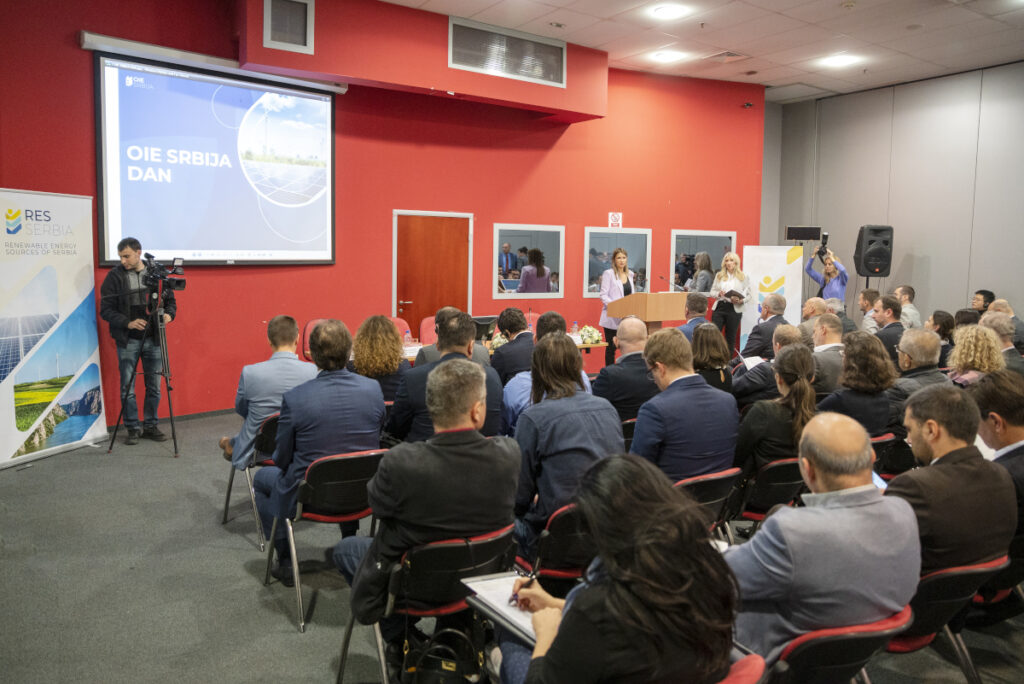 The second day of the International Investment and Energy Days in Novi Sad, organized by the Association Renewable Energy Sources of Serbia, marked the great interest of the audience, which included representatives of the embassies of Finland, Canada, Belgium, as well as officials of AERS, EPS, EMS.

More than 200 guests visited the panels, while more than 130 students attended the workshops.

The event was opened by representatives of the Provincial Secretariat for Energy, Construction and Transport with a large presence of dignitaries, representatives of state and provincial institutions, leading companies in the field of energy in the country and the region. The participants were addressed by the Deputy Provincial Secretary for Energy, Construction and Transport Zoran Tasić, the President of the Energy Agency Council Dejan Popović and the manager of the Association RES Serbia Danijela Isailović. She welcomed the holding of the International Investment and Energy Days and pointed out that the Association was pleased to accept the program organization of the second day of this important event.

The panel discussions attracted a great deal of attention and response from the participants, and a program prepared by leading experts in the field of renewable energy in Serbia followed in front of a full hall.

The first panel discussion dedicated to technical, regulatory and market challenges for the wind energy industry was moderated by Nenad Jovanović from the company LDK Consultants, and the speakers were Miloš Mladenović – director of SEEPEX, Dušan Opačić – project manager of the company Elicio, Aca Marković – member of the Council of the Agency for Energy of the Republic of Serbia and Nebojša Vučinić – director of the Directorate for Development of Electric Networks of Serbia.

As an introduction to the third panel dedicated to the solarization of Serbia, the participants were addressed by Prof. Dr Saša Igić, Acting assistant of the provincial secretary for energy, construction and transport. The moderator of this panel, Nevena Đukić – director of CEEFOR, talked about prosumers from the point of view of citizens and companies, small and large solar plants, with Ivana Đorđević – director of the Sector for managing buyers and producers of PE Elektroprivreda Srbije, Predrag Matić – director of the Directorate for Planning and Investments of Elektrodistribucija Srbije , Vladimir Šijačić – citizen prosumer and Nikola Grubor – engineer in MT Komex company.

In addition to three panel discussions, three educational workshops were held for students and final year high school students, where young people had the opportunity to learn first-hand about the elements of work in the res sector.

Zoran Kukobat, Mladen Miletić and Jana Tanasić, representatives of the ELNOS Group, spoke about successful examples from the power company’s point of view.

Nikolina Gengo – junior project development engineer at the company New Energy Solutions, Selma Mujezinović – lawyer at the office KSEL Advokati, and Danijela Isailović – manager of the Association Renewable Energy Serbia, presented the work on res projects from the point of view of women employed in the res sector. This workshop is part of the project “Path to greater participation of women in the RES sector” which was supported by the Embassy of Canada in Belgrade.