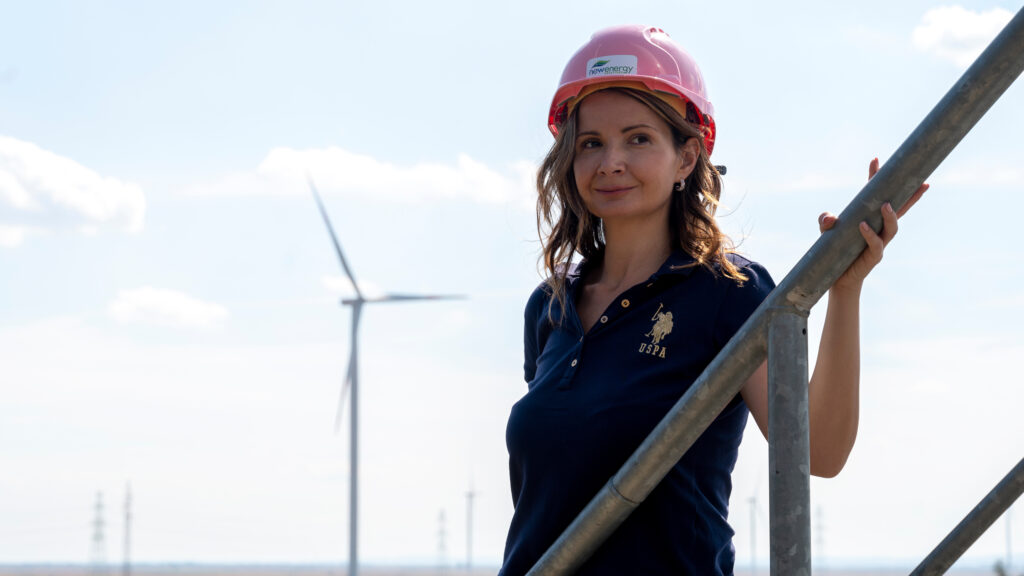 Last year, the first law dedicated to green energy in Serbia was adopted. The goal of the state that by 2040, 40% of energy will come from renewable sources has been announced. Investors gathered in the Association RES Serbia. Given the large-scale pollution in the country, expectations of green energy are high.

What else needs to be done to complete the legislative framework, why the auctions were not held in January, according to the announcement, how important the investments in RES are… The manager of the Association RES Serbia Danijela Isailović talks about these and other current issues for the Serbian energy market.

SRDA: The Association was founded in March 2021 with the aim of contributing to the improvement of the business environment in the field of RES, the transition from fossil to RES, raising awareness in this area. What is your experience in the past less than a year, how optimistic are you that Serbia can systematically, sustainably and in the shortest possible time switch to renewable sources?

– The Association RES Serbia has achieved fantastic successes and recognition in the first year of its existence. We were founded with the support of the EBRD, and our founders are companies that have built the largest wind farms in Serbia and solar power plants, as well as biogas power plants, pellet producers, power companies, lawyers and consultants. As for the transition to renewable energy sources, we are aware that the energy transition is a long and demanding process, so we do not expect it to happen all at once. Nobody is ready for that and such expectations are unrealistic. But we expect this process to happen at a predictable pace and to have new investments and new RES power plants built soon.

SRDA: Last year, in April, the Law on the Use of Renewable Energy Sources was passed, and then 4 Regulations were adopted, which specify the segments of the Law. How do you assess the new legislative framework? What else needs to be done to complete the legal whole?

– The Law on the Use of Renewable Energy Sources is the first law in Serbia dedicated to green energy. Its adoption is a great message. Apart from the legal, it also has a symbolic meaning. That is the message of where the state is going. That law clearly states that RES are in the public, national interest. As for the bylaws, according to that law, they should be adopted no later than six months after the adoption of the law, which did not happen. We are aware that the deadline was too ambitious and the delay was expected. Important regulations have been adopted that introduce an auction premium model, with a two-sided premium that in our opinion is not good, and prescribe a quota of 400 MW for the first wind auctions.

However, the Balance of Liability Regulation has not yet been harmonized and adopted, and balancing is a key issue for future investments. This topic has caused controversy among key energy actors from the country and has practically stalled. We expect the state authorities to overcome this problem through dialogue.

SRDA: On November 25, 2021, the Government of Serbia passed the Decree on the market premium and feed-in tariffs according to the model of bilateral floating premium. The maximum purchase price for electricity produced in wind farms with an approved power of more than 3 MW is 5.57 euro cents / kWh. After the announcement of this price, investors pointed out that it was a low price. How do you see this situation now? Do you expect certain changes?

– That is the maximum purchase price determined by the Energy Agency. We gave our opinion and assurance that the price is low, and that it is not realistic. We think that there was no bad intention, but that adequate parameters were not used. We have pointed this out to state institutions. The idea of ​​the auction is to get the minimum price through bidding, and with such a low maximum price, it has already been determined as the minimum.

Also, the maximum purchase price was determined before the balancing issue was resolved, before we got a complete picture of future auctions and the functioning of the market. I believe that this is a good argument to reconsider the decision, as well as the decision to introduce a two-tier premium. Not to mention the fact that the price of wind power equipment is constantly rising primarily due to rising prices of steel and other components.

SRDA: Will the members of the Association participate in the auctions? Can this situation potentially stop investments?

– The decision on the price was not encouraging. It is not a lack of desire but a lack of math and business logic. No bill. However, there were other problems in the form of disagreements between the most important state bodies on the issue of balancing, the regulations concerning auctions have not been completed, so the question is whether the auctions announced for December and January will be held in the first half of this year.

SRDA: The first auctions from the Ministry of Energy have been announced for the end of January. Do you have an announcement when that could happen?

– No, because there is no consensus on regulations. By the way, auctions are a complex process that involves a certain period between announcing and maintaining, in order to submit documentation and do that competitive part of the job. Elections have been announced, the Government will soon be in a technical mandate, the whole country will be in a pre-election environment, so I am not sure that this is a suitable atmosphere for the first auction process, even if a way is found.

SRDA: When are quotas for market premiums, pricing and auctions expected for other RES?

No announcements. I guess the fact that the big solar projects that are talked about a lot are only in the phase of obtaining planning documentation. As far as I know, no large solar power plant project meets the criteria for participation in auctions, so a quota is probably not set.

SRDA: What is the situation with power plants to which feed-in tariffs apply, which in fact have a guaranteed purchase at a set price?

– Those power plants work and contribute to the power system. These are 8 wind farms with a total capacity of 398 MW, then 11 MW of small solar power plants, 32 MW from biogas power plants and 2.7 MW biomass power plants. Also, small hydropower plants that have been built have their contribution and feed-in tariff.

When it comes to large wind energy projects, they were financed by international financial institutions such as the EBRD and IFC, and they are the founders of RES Serbia (WPP Čibuk 1, Kovačica and Alibunar) power plants are working, fulfilling their obligations to creditors, the state and local community. Those companies alone have invested more than 600m euros in Serbia. They pay property taxes and other duties.

For example, the 104.5 MW Kovačica wind farm pays taxes to the local self-government of half a million euros a year. WPP Alibunar several hundred thousand euros. All three projects have signed contracts with municipalities on the basis of which two percent of the profits go to the local community. These are extremely socially responsible companies that, in addition to producing clean energy that does not emit harmful gases, contribute to the development of the energy and economic system of the country.

It is necessary to talk about the benefits of green energy, especially in terms of environmental protection and human health, RES are recognized at the planetary level as an effective mechanism for combating climate change. The whole world is turning to green energy, including China, which now invests the most in green energy. I am sure that this process will not be stopped in Serbia either, but that it will be fair and predictable.

SRDA: It is often heard from the Ministry of Energy that the goal is at least 40% of energy produced from renewable sources by 2040. In your opinion, is this feasible and what should be done to achieve this result?

– Considering that, according to Eurostat statistics, we had 26.3 percent of RES in 2020, and the Energy Community set us a goal of 27 percent, then the goal of 40 percent of green energy for 2040 seems achievable. Of course, we need to be aware that the share of 26.3 percent is mostly due to old hydropower plants such as Đerdap, while modern plants such as wind farms and solar power plants make up a small share. Certainly, many solar power plants and wind farms will be needed to achieve this goal.

Of course, before 2040, comes 2030. It will be interesting to hear what the state sees as the goal for that year, and then we will know what is realistic to realize from the projects. According to the data of “Electric Network of Serbia”, requests have been submitted for as many as 11,000 MW of new wind and solar power plants. If all these projects were built, every percentage would be achievable.

That number is not realistic, that is, investors and projects are not realistic. There are dozens of “projects” that are making a fuss on the market, and those who are a little aware know that they will never be realized, because these are not serious ventures and solid investors. The enormous number of requests has led to chaos in the market and concerns about the stability of the system. I think that the state will have to make some selection and introduce certain restrictions. In that way, we can get a realistic estimate of the number of power plants that can be built in the coming years.

SRDA: Geothermal energy is a significant source that has remained unused in Serbia. How do you see the potential of RES in Serbia? Which renewables have great potential?

– Serbia is a country of hydro potential. EPS gets a third of its energy from large hydropower plants. Certainly, the most should be expected from the wind and the sun. Biomass has made a significant contribution to the calculation of the share of RES in our energy mix. Biogas power plants are very popular, and I believe that the time is coming when geothermal energy is being used more.

* A link to the original text can be found here.