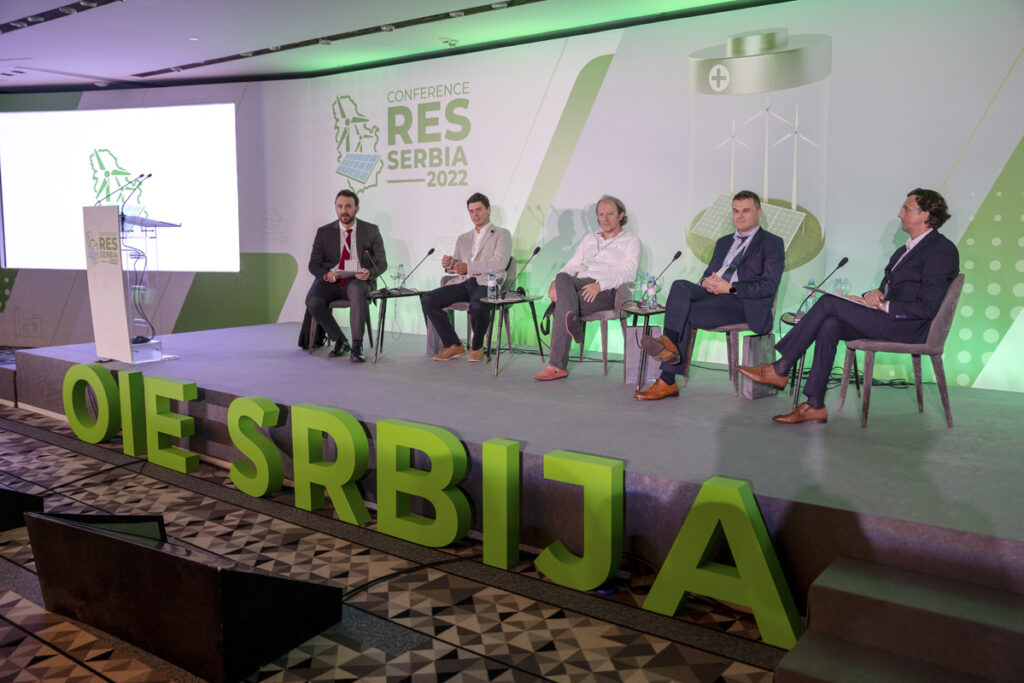 There should be no limit on electricity prices, because if that happens, the market will collapse – this is the conclusion of the fifth panel held at the RES Serbia 2022 conference, which gathered the local and European green elite in Belgrade on September 15th.

Director of the Electricity Market Directorate EMS Marko Janković said that the RES Serbia conference, in which he participated as a panelist the previous year, is his favorite conference.

He pointed out that everyone has to get out of their comfort zone, electricity producers, operators, and bankers.

– For me, the impression of the conference is the bankers. We know that banks, along with churches, are the most conservative institutions that are difficult to change, and I am glad to hear that they have recognized that it would be a luxury not to follow RES integrations. We have all the clear signals that it is necessary to start integrating renewable energy sources into the electricity market. A slight change in the legal framework is needed – said Janković.

He sees the large number of registered RES projects that need to be connected to the system as a significant problem in Serbia. The issue of balancing electricity is also very important, Janković reminded.

– The balancing obligation must not be regulated, it must be allowed to be regulated by the market. Our proposal is that when there is a lack of energy in the system, the price cannot be lower than the price on the stock exchange. We hope that it will be adopted – emphasized Janković and said that he does not believe that there will be a limit on electricity prices because if that happens, the market will collapse.

SEEPEX CEO Miloš Mladenović pointed out that the average price of electricity on the Sepex exchange is EUR 290 per MW, and that it will probably go up to EUR 350. He said that the intraday market will be more liquid with a larger number of participants.

– Liquidity should give us EPS first, and renewable energy sources naturally do that. Entry into the European mechanism essentially provides greater liquidity and leads to price convergence. A few days ago, we had a single reference price in all of continental Europe, except for Poland and the Iberian Peninsula, which is really significant. I expect that on the first day of international trade, we will have 10-15 participants, large companies. We should not be afraid that we will not have liquidity – concluded Mladenović.

The general director of the Croatian company Fractal, Ante Tojčić, reflected on the failed attempt at auctions in Croatia and revealed that in that country, decisions on investments in large renewable energy projects were made on a market basis.

The General Director of Green Balancing Group, Aleksandar Stefanović, pointed out that this company was conceived as an aggregator of small producers of renewable energy sources.

– We want to provide our partners with security, all our contracts are based on the “pay as produced” model. We guarantee the manufacturer a fixed price for the duration of the contract – concluded Stefanović.