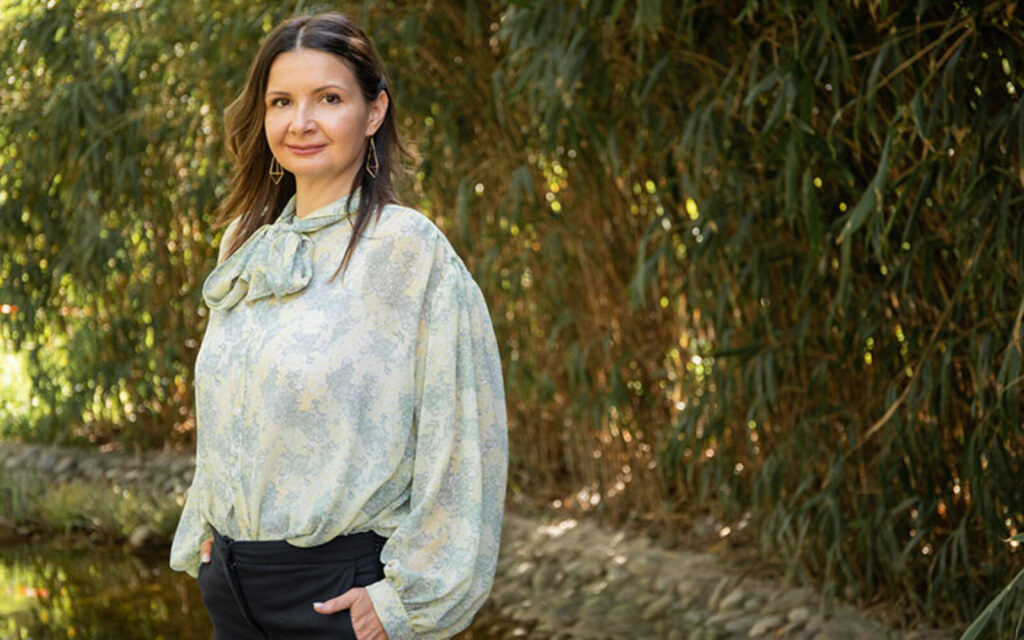 RES Serbia is a business association for renewable energy sources in Serbia, founded in February 2021. It was established with the support of the European Bank for Reconstruction and Development with the aim of connecting companies working in this sector, promoting public and private dialogue, participating in the creation of regulations, as well as promoting green energy. They work closely with RES Croatia and want to contribute to solving burning problems, not only in the region but also globally, the use of renewable energy sources, which proved to be crucial in the pandemic.

,,The idea was created by the real need to form such an association, awareness that green energy is the future and that the energy transition needs support in order to implement it as easily and quickly as possible, and provide citizens with timely information on the importance of renewable energy sources. For us, RES Croatia is an example of a good business association that we followed when we founded RES Serbia. We have the support of our colleagues from Croatia and we are trying to spread this green story of ours to the region’’, says Danijela Isailović, RES Serbia Manager, who developed the idea of ​​RES Serbia with her colleague Miloš Colić, and then brought it to the project concept and proposed to the companies-future founders (wind farms Čibuk 1, Kovačica and Alibunar).

,,The Covid-19 pandemic accelerated the realization of this idea. During the state of emergency, the Agreement on the purchase of electricity was suspended. Green energy producers were left without incentive prices, and as we were all in the same problem, we began to intensively agree on a common position towards the state, international financial institutions and think about what to do next. This created the awareness that the Association is needed, and the EBRD, which financed the largest green projects in Serbia, offered a partnership, which we gladly accepted’’, explains Danijela Isailović.

The founders of RES Serbia are the largest producers of green energy in Serbia, companies that own the largest wind farms Čibuk 1, Kovačica and Alibunar, and which were founded by world energy giants from the UAE, Israel, Finland, Belgium and Germany.

The founders of RES of Serbia have invested more than 600 million euros to build wind farms with a total capacity of 312 MW and continue to invest in Serbia by developing new projects. The first partner was the EBRD, with which cooperation continued.

They also cooperate with other institutions, banks, embassies, international organizations, and are open to any cooperation that leads to raising awareness of the importance of green energy and accelerating the energy transition.

,,The establishment caused a lot of attention and positive reactions. Out of three members, we quickly reached 15 regular and 9 associate members, as well as 1 honorary member. Our members produce more than 90 percent of green energy in Serbia, or about 3 GW. We have signed an Agreement on Cooperation with the Ministry of Mining and Energy, and JP Elektroprivreda Srbije is also our member. We are members of WindEurope, we are present at all important events as speakers and panelists. Our RES Serbia 2021 conference was a regional top event. The reactions are impressive, we have a lot of inquiries for membership, invitations for cooperation. Everyone who has made at least one green kilowatt in their career or participated in large projects congratulates and wants cooperation’’, says manager Danijela Isailović.

The pandemic has shown how important renewable energy sources are. How much does Serbia use them?

Serbia is a country of hydro potential and got a third of its electricity from water, primarily thanks to large hydropower plants that are several decades old. There is significant potential from wind energy, as well as solar which is now experiencing expansion. The new Law on Renewable Energy Sources introduced the “Prosumer” model, a producer-buyer, which gives citizens and businesses the opportunity to opt for the production of solar energy for their needs.

We also have great potential in biomass, as well as a large number of developing bio-power plants. According to Eurostat data, Serbia produced 26.3 percent of RES energy in 2020, which is close to 27 percent, as a target set by the Energy Community – she says, adding that the new Law on Renewable Energy Sources has brought great interest to investors, which is good.

Numerous demands, many of which are unrealistic and unsustainable, have overwhelmed the transmission system. The state will definitely have to do something in order to make a selection between realistic and unrealistic projects. In Croatia, the situation was similar, which was resolved by introducing an energy approval mechanism. I believe that in Serbia, the same can be solved by introducing a bank guarantee or making a cash deposit for a place on the network. Then it will be clear who is a serious investor.

What is the parallel of Serbia’s RES with Croatia and the world?

Until a few years ago, Serbia lagged behind Croatia in at least a decade in the development of RES. While wind farms were opening in Croatia, we had announcements and waiting in Serbia. Then, in 2016, a modern Energy Law was passed in our country, which enabled the construction of all large wind farms.

In just three years, almost 400 MW of wind farm capacity was built, so we came closer to Croatia and were a regional leader. Then a new round started in Croatia, which conditioned investments. Then, the Law on Renewable Energy Sources was passed in our country, the implementation of which we are waiting for in the form of auctions, while an auction tender is underway in Croatia.

So, we are somewhere one step behind Croatia, while we are among the leaders in the region. Considering Croatia, apart from good cooperation with RES Croatia, I must say that Croatian companies such as Fraktal and Zagrebtrans are very present in Serbia on very important projects, which indicates excellent cooperation between Croatia and Serbia in the green energy sector.

As for Europe, if we look at the total share of 26.3 percent, we are in a great position, but if we count modern plants such as wind farms and solar power plants, we need the implementation of new projects, not to compare with others but to move towards climate neutrality and secure new sources of energy supply and energy independence.

It is difficult to compare with other countries outside the region because we do not all have the same natural resources. But as Germany is an economic model for us in Serbia, and even in Croatia, then we can say that we are far from our economic idol that received more than 50 energy from RES, which is preparing the Law on Wind and which will use only clean energy in 2035. But at least we know what we can strive for.

There are currently 8 wind farms in Serbia with a total value of more than 800 million euros. The smallest has only 0.5 MW and was installed in 2012 in Tutin, while the largest has a capacity of 156 MW. Except for the smallest one, they are all in Vojvodina.

How does Serbia stand on the issue of the Law on Climate Change?

The Law on Climate Change was passed in March 2021, a month before the Law on Renewable Energy Sources. The deadline for the adoption of 23 bylaws has expired recently, and as far as we know, not all of them have been adopted, so we cannot talk about full implementation.

The law was still in public debate in 2018, and it is a mystery why it waited three years for adoption. But, it is certainly good that it was adopted, it is a step towards the realization of fulfilling the goals of the Paris Climate Agreement. We have a lot of work ahead of us to carbon neutrality, and green energy can contribute the most.

Why Belgrade has been at the top of the unpopular list of the most polluted cities in the world for some time now. What is being done about that?

This fact hurts us all because we live in an environment where lung cancer is a very common disease, but also because of the negative marketing that Belgrade as a top tourist destination received because of those blacklists. There are various explanations, I personally think that the cause is overcrowding, which has significantly increased the number of cars and the intensity of traffic.

We have failed in fulfilling our obligations to the Energy Community only in the transport sector, while we are very good in the heat and electricity sector. I see the solution in increasing the number of electric vehicles, expanding the network of chargers that will power vehicles ideally with green energy.

Also, the mandatory use of biofuels is a good measure. Of course, reducing the use of fossil fuels and switching to renewable energy sources is a measure that will ensure clean air and a healthy environment, but it is a long process.

Apart from thermal power plants, the pollution is greatly contributed by individual coal and wood fireplaces in households, as well as the arrogance of individuals to burn anything and everything in open areas. I think there is progress in solving these problems, but it will be years before the effects are seen.

The plans are big – you have already started with the organization of the RES Serbia 2022 conference, which will be held on September 15 at the Metropol Hotel in Belgrade. Last year, you brought together the top management of the EBRD, WindEurope and the Energy Community.

Many colleagues from Croatia have already confirmed their arrival. Also, our plan is to try to convince the representatives of the authorities in Serbia that the maximum price of 56 euros per MW for wind is too low and to ask them to revise it. For the sake of comparison, in Croatia, that price is ten percent higher in the ongoing tender.

We will also try to help complete the secondary regulation and announce auctions without fear of failure. We plan a series of educational activities, work with students, round tables, panels… And of course, participation in the Days of Good Wind in Dubrovnik, where I received an invitation from colleagues from RES Croatia to be one of the panelists.

The Green Women’s Network indicates that energy – one of the key things for humanity – is also feminine.

The Green Women’s Network is, along with the Legal Team, the Engineering Forum and RES Young Leaders, one of the four internal bodies of the RES Association of Serbia. It brings together all the ladies who work in member companies with the aim of pointing out that energy is also feminine. So far, they have participated in several conferences and organized a panel to discuss the status of women in the green energy sector. They are planning an intensive campaign in the next year or two to direct girls to education for jobs in the RES sector.

* A link to the original text can be found here.