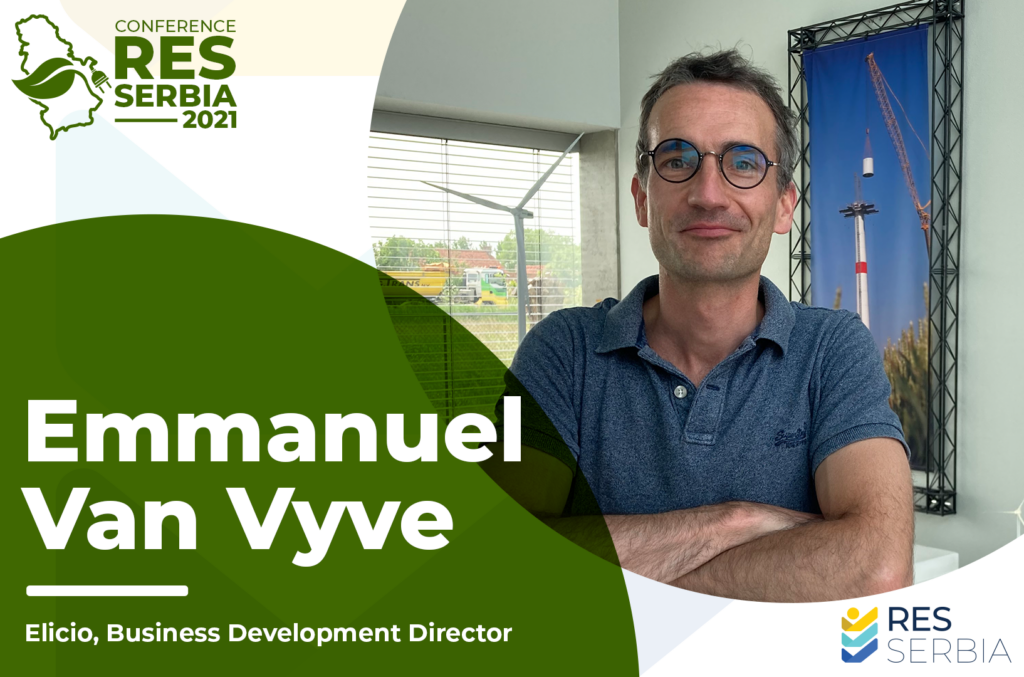 Elicio’s Business Development Director to share his experience from Belgium

Emmanuel Van Vyve, Business Development Director, Elicio, will take part in the RES Serbia 2021 conference on September 15th, 2021 at Metropol Palace Hotel, Belgrade. Mr. Vyve will share his experience from Belgium and also exchange thoughts with other panelists on possibilities and obstacles for new renewable energy projects in Serbia and in the region.

Emmanuel started his career in 1997 as a process engineer at FABRICOM, in charge of the design and sizing of waste energy recovery facilities. He quickly joined the SITA group, as a project engineer and took part in the construction of the first sorting center in the Brussels Region in 1999, and the modernization of the waste to energy plants in Liège and Brussels. In 2002, he joined SUEZ, parent company of SITA, as Project Manager and was sent to England where for 5 years he managed various new household waste treatment infrastructure projects developed under Public Private Partnership contracts, both in the development and construction phase.

In 2010 he returned to Belgium and joined TRACTEBEL, an engineering subsidiary of the expanded GDF SUEZ group, now ENGIE. In 2012, he became Product Manager for the “thermal renewable” segment, which covers activities related to biomass, concentrated solar and geothermal energy. He leads the teams of engineers active in Belgium and abroad, defines the development strategy and its implementation. In 2018, he took over responsibility for the entire portfolio of projects under construction, including wind farms in Belgium, Mauritania and Georgia and solar projects in South Africa. After a year as Business Development Manager for the Renewable Energies segment, in 2019 he takes over the responsibility of the new hydrogen, battery storage and solar photovoltaic segment and, positions TRACTEBEL as a leader in the field.

In 2021, he joined the ELICIO as Business Development Director, in charge of the development of new renewable and wind projects in particular, in the three main markets of Belgium, France and Serbia. Together with the entire management team, he contributes to the group’s sustainable growth strategy, including in new geographical areas such as Spain. He holds a M.Sc. degree in Mechanical Engineering (1997), from the Université Catholique de Louvain.