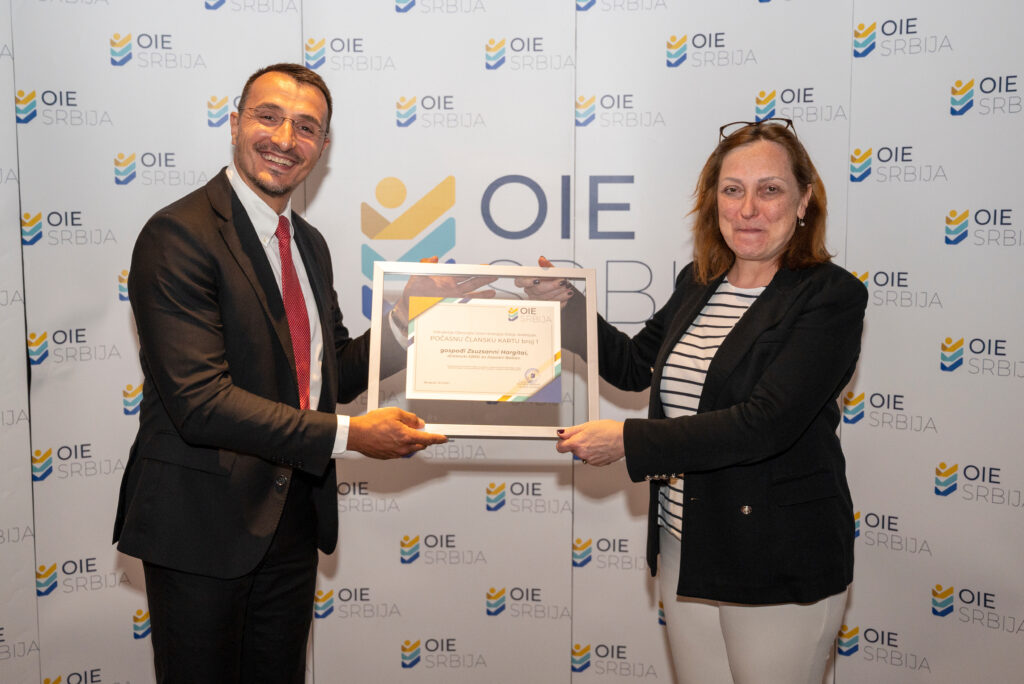 The honorary membership card was handed over to the outgoing director of the EBRD by Miloš Colić, a member of the Association’s Board, at the solemn session of the Assembly of RES Serbia held on the occasion of the departure of Ms. Hargitai from Serbia.

– It is an exceptional honour to cooperate with Ms. Hargitai, who has made a huge contribution to the development of the green energy sector in Serbia, as well as the establishment of Serbia’s RES Association. We now have a fantastic foundation that we need to further improve and renew. I am sure that Ms. Hargitai will accomplish great results in her new position in Asia, just like her successor Mr. Matteo Colagneli will in Serbia, with whom we will be very happy to continue cooperating – said Miloš Colić, CEO of New Energy Solutions.

Thanks to the admission to the Association and the honour shown to her, Ms. Hargitai said that she was very satisfied with her term in Serbia, both business-wise and socially.

– RES Serbia, whose establishment we supported, is one of the good examples of successful cooperation. The EBRD has financed the two largest wind farms in Serbia and I believe that new projects are coming soon. Thank you all! I wish you good health and successful cooperation, as well as for your organization to grow – said Zsuzsana Hargitai.

The ceremony, held by RES Serbia in honour of Ms. Hargitai, was attended by Matteo Colangeli, who officially takes over the position of EBRD Director for the Western Balkans on Monday, May 17, Assistant Minister of Energy in charge of RES, Sabina Ivanović, Ambassador of Israel to Serbia, H.E. Yahel Vilan, as well as members of the Association.