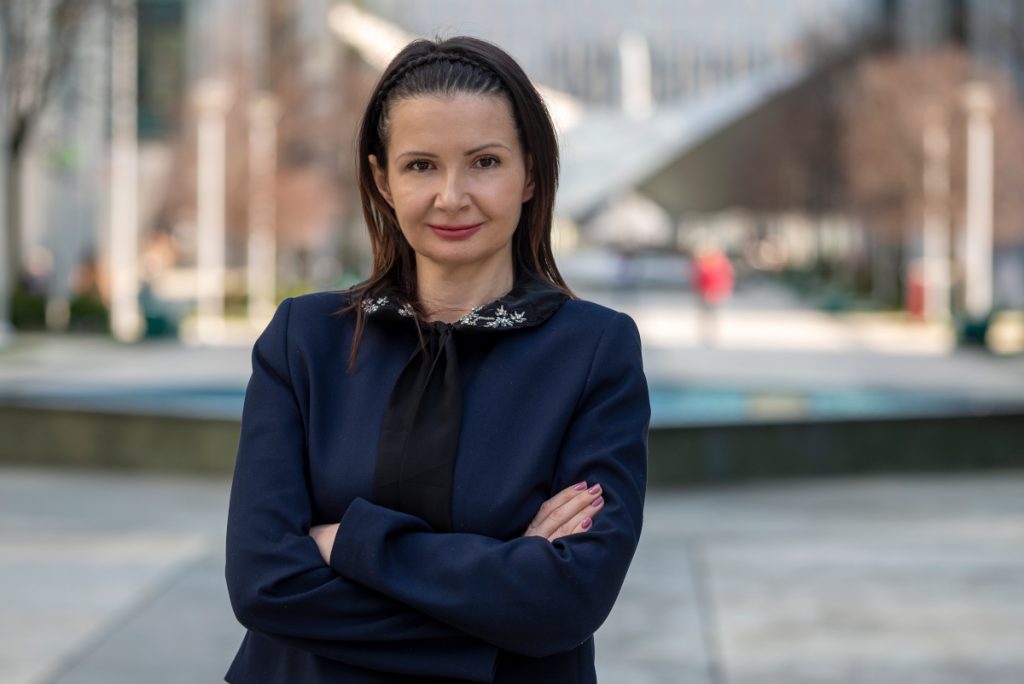 Danijela Isailović, manager of the Renewable Energy Sources of Serbia Association: We use only a third of the RES potential

The potential of renewable energy sources is 5.65 million tonnes of oil equivalent (toe) per year, and this potential is utilized in the quantity of only 2.06 million toe.

The Renewable Energy Sources of Serbia Association is a business association founded in March 2021, intending to improve the business environment in the segment of renewable energy sources and encourage the production and use of electricity generated from renewable sources in the service of environmental protection. We talked with the Association’s manager, Danijela Isailović, about the Association’s activities and Serbia’s potential regarding renewable energy sources.

How did the Association come about, what is its mission and who are its founders?

– The idea of founding this Association has been around for several years. It came from my colleague Miloš Colić from the Kovačica wind farm and myself, and we were later supported by other colleagues supported when we had to put together an organization that would represent the common interests of companies, improve the business climate and promote green energy. Following the example of the RES Association in Croatia, we have seen in practice what a good organization looks like.

The owners of the operational wind farms Čibuk 1, Kovačica and Alibunar are the Association’s founders but we are also open to other technologies. The interest is great and we have already received several inquiries and signed applications. The Association’s goals include improving the business environment in the RES industry, connecting business people, increasing the RES’ share in total energy consumption, promoting green energy and sustainable development. Or simply put, everything we need for our planet to recover from the effects of climate change, global warming and pollution. The establishment of the Association was financially supported by the European Bank for Reconstruction and Development, whose support and credibility mean a lot to us and we are grateful to them for that.

The pandemic-induced crisis has brought renewable energy as an important topic to the forefront, underlining the importance of clean technologies for human health. What resources and potentials does Serbia have in terms of renewable energy sources? How much of this potential is utilized?

– The pandemic has caused great damage to humanity. The only good thing about the pandemic is that it has significantly highlighted the topic of clean technologies and green energy in the public domain. We do not yet know the origin of Covid-19 but the possibility that it has something to do with global warming and pollution is not ruled out. Health and the environment are hot topics worldwide. There is no healthy environment without the transition from dirty technologies to renewable energy sources.

Serbia has significant RES potential but does not use it enough. According to the projections of the Energy Development Strategy of the Republic of Serbia, that covers the period until 2025 with projections until 2030, the total potential of renewable energy sources in our country is 5.65 million toe (tonnes of oil equivalent) per year. According to the latest available data from 2019, this potential is utilized in the quantity of 2.06 million toe of RES which indicates that we are using only a third of the overall potential. A fantastic thing happened in the European Union in 2020 despite the pandemic – renewables surpassed fossil fuels for the first time in terms of use (38 percent green energy, 37 percent fossil fuels and 25 percent nuclear energy).

How much is wind energy used in Serbia, which places have the biggest quantities of this energy and what are the results accomplished by the existing wind farms in our country?

– Eight wind farms with a total capacity of 398 MW and a total value of around 800m euros have been built in Serbia. Several projects, with a total capacity of 4GW, are currently being developed. Of course, not all projects are the same, nor are they realistic. A certain number of wind farms will be built in the next five years and we are looking forward to that. The existing wind farms currently produce electricity for slightly less than 400,000 households and have been reducing CO2 emission by about 800,000 tonnes annually. The wind farms, that are the founders of our Association, give 2 percent of their profits to the municipalities in which they operate in line with previously concluded contracts, which indicates that our founders are socially responsible companies that are well accepted in the local community.

Renewable energy sources, as the seventh of the 17 UN Sustainable Development Goals, are becoming increasingly important and a priority among the global plans for saving the planet. What is Serbia doing in that respect and how much has it progressed?

– The National Assembly of Serbia recently adopted the Climate Law, which has been in the making since 2018. We hope that the Law on Renewable Energy Sources will be adopted soon too. After that follows the adoption of an integrated energy and climate plan for the year 2021, which will define new goals in relating to RES by 2030. The legal framework is a prerequisite for practical operation. We have investors and projects, people’s support is growing and the need has never been greater. The Renewable Energy Sources of Serbia Association is here to help businesses, state institutions and citizens alike. I am confident we are doing a fantastic thing for Serbia.